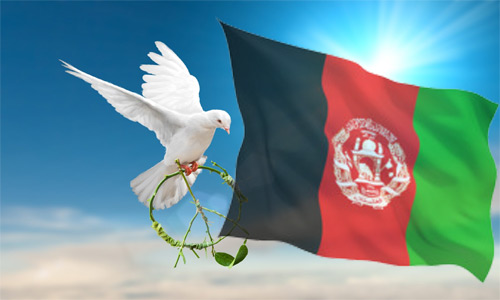 From the Great Game to the War on Terror, Afghanistan continues to bleed.

Post 911 political situation and ‘War on terror’ rhetoric enabled American invasion of Afghanistan in 2001. On 24 December 1979, the Soviet Union under the pretext of the Soviet-Afghan Friendship Treaty of 1978, invaded Afghanistan. Twenty-first century sees Afghanistan once again turned into a battlefield for the two superpowers over last forty years.  Was this ‘War on Terror’ simply a continuation of the ‘Great Game’of the nineteenth century?  Afghanistan truly has suffered more than any other country of contemporarytimes, through no fault of its own.

During the Cold-War era, the US provided complete support to the anti-Soviet fighters, the Mujahideen under the program called ‘Operation Cyclone’ with the help of Pakistan under Gen. Zia, a military dictator supported by the Reagan administration (Coll, Steve.2004). The mighty Soviet army faced harsh resistance from the Mujahideen and was forced to withdraw, a failure that ultimately led to its disintegration in 1991.According to various reports, ‘Operation Cyclone’ was one of US’s longest and most expensive operations.

In the last forty years, millions of Afghans fled across the borders to neighboring Iran and Pakistan.  Pakistanhas suffered the worst from this influx with its internal security, economy, and social harmony compromised. In 1979, Iran ousted the American puppet Shah through a popular revolution. The newly established Islamic Republic’s biggest challenge was the foreign presence in Afghanistan.  Both Iran and Pakistan supported the people of Afghanistan and theirresistance against foreign aggression by accepting refugees.

Under American patronage Indian influence in Afghanistan has flourished, opening multiple Indian consulates across Afghanistan, with India investing 3-billion-dollar over the last 20 years, even though India has no direct borders with Afghanistan. At the same time, India’s new Citizenship Act 2019 offers to take in Afghanistan’s religious minorities under the pretext of them being persecuted, along with those of Pakistan and Bangladesh, India’s three Muslim majority neighbors.

Last month the American withdrawal after twenty years of occupation has left a situation like that when the Soviet left Afghanistan in 1989, with the country’sinfrastructure destroyed, economy near-collapse and population in despair. Over the past twenty years the Americans spent more than $88 million to train the Afghan army, surprisingly only for this system to collapse within a month.

Failed American military intervention forced them to withdraw and return of Taliban has brought Afghanistan back to square one, the same desperate situation when the Soviet left. This position has turnedIndia’s dream to remain in Afghanistan indefinitely, into a nightmare.

Three British aggressions in Afghanistan during the Great Game (1839-42, 1878-80, 1919) aimed to createa buffer zone to protect Britain’s precious colony, the East India Company and to extend trade into Central Asia.

Once again, Pakistan is blamed for what is happening in Afghanistan. Hashtags against Pakistan on social media desperately being spread from across the same border.

Pakistan PM Imran Khan clearly said last month that “Pakistan is neither responsible for Taliban, nor are we their spokespersons”. According to Pakistan media, Mr. Khan in an interview said “Absolutely not. There is no way we are going to allow any bases, any sort of action from Pakistan territory into Afghanistan. Thepolitical position Pakistan takes now is a 180-degreeshift, distancing both U.S and other traditional allies. Today’s Pakistan is not that of the Zia era.

Afghanistan needs a political solution inclusive of the indigenous Taliban who evolved from the Mujahideen who fought against the Soviet invasion.

Peace and prosperity will prevail in Afghanistan though now that destination may seem rather distant. 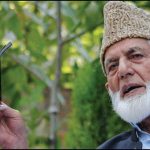 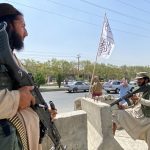