The first one – Iran Air-Flight 655, the Iranian civilian airline from Tehran to Dubai that was shot down on 03 July 1988 by USS Vincennes from a guided-missile cruiser killing 290 civilians including women and children. This was during the US–backed Iraq’s imposed war against Iran, a war that cost more than one million Iranian lives.

The second one – the sixth month memorial for another victim of a US terror strike, Iranian General Soleimaniwho was assassinated on 03 January 2020.  These two attacks were some of the numerous covert attacks by America against Iran since Iran ousted American puppet Shah through a popular non-violent revolution in 1979.

Political history of Middle East began to change whenIranians elected their choice of government and fortified their national identity by distancing themselves from American influence.  This was the beginning of American hostility towards Iran and it continues to date. Since then consecutive US administrations have tried to topple Islamic Republic of Iran through propaganda, covert attacks and economic terrorism using sanctions.

Iran is a signatory to Non-Proliferation Treaty andconsiders nuclear weapons as unholy under Islam which forbids its use. But US swirled anti-Iran propaganda around Iran’s nuclear technology to impose sanctions and to isolate Iran from the international community.

Despite world opinion America intensified sanctionsagainst Iran during the Covid-19 pandemic.  These sanctions have crippled Iran economically and it struggles to contain the outbreak.

On 04 May 2020, America imposed new sanctions including on Iranian shipping.  That did not stop Iran from helping Venezuela, – another victim of US sanctions.

This new episode of American hegemony began when Secretary of State Mike Pompeo urged UN Security Council to extend arms embargo against Iran. Political analysts and experts on conventional war conflicts see this as stupidity on part of Trump administration.  Since the global political balance is rapidly changingand Iran is neither Libya nor Yemen.

Consequently China asked the US to stop its illegal unilateral sanctions on Iran, and this was followed by Russia who opposed any new sanctions on Iran. Turkey also renewed its opposition.  European Union is skeptical since US unilaterally withdrew from the Joint Comprehensive Plan of Action (JCPOA) and moved to block US Iran sanctions. Unsurprisingly US is considerably more isolated today than ever.

Iranian Foreign Minister Zarif’s speech at the UN Security Council reflects Iran’s confidence against anyAmerican threat.  Mr Zarif reiterated the implementation of Security Council resolution 2231. He further emphasised Iran’s desire and preference for constructive engagement.  He also stressed that Iran does not depend on others for their security, stability and prosperity as the Islamic Republic has proved itself in the last 41 years as one of the most politically stable and independent nations and its influence has stretched substantially beyond the region.

Zarif began his speech quoting former Iranian Prime Minster Mosaddegh who was overthrown in a CIA coup. He reiterated that the Security Council cannot fulfil its objectives unless the big powers respect the very principles of the Security Council. He also focused on resolution 2231 and JCPOA commitments and highlighted American intimidation tactics as UN has proved that it is unable to contain such foolhardy adventures. Subsequently the world would no longer have faith in the UN’s role.

He concluded by reminding the responsibilities of the international community in general and the UN Security Council in particular, to maintain the respect for the rule of law to bringing to an end the bullying bypowerful nations against other nations.

On 05 July, Zarif assured the Iranian Parliament that there is nothing secret about the 25-year cooperation agreement with China.  He also emphasised itsimportance in avoiding domestic disputes and deepening ties with neighbours to generate security in the region in order to counter American hostility.

Global power equations are transforming into newterritory. People of the Middle–East want America out of their region and rest of the world want to in rein America for long–lasting global peace and prosperity.

In the last 41 years Iran has gone through many trials and has derived strength from each adverse incident and set-back. It would be gross misjudgement of anyone to think that Iran’s power and influence can be destabilized. 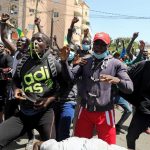 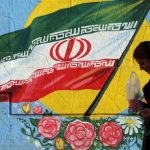