“Especially Pakistan, truck art is more than just cultural expression, it’s also a deeply rooted tradition that can cause a business boom for drivers.”

Highly decorated trucks are a common sight on the highways and city roads of Pakistan, gorgeously colourful trucks of all kinds. Truck art is not just business but a passion in Pakistan which evolved from folk expression into national identity and is nowgaining international admiration. Through this unique artwork, the artists express the deep-rooted tradition embedded in their civilization, the Indus Valley civilization one of the oldest in the world.

The decorative truck art today brings together tradition and modernism. The culture of truck art can be traced back to 1920s according to researchers. When American company General Motors first introduced trucks to Karachi in 1930s, painted trucks stood out.Bedford trucks were also imported from UK at the same time and came to dominate Pakistani streets. Beginning in colonial times, truck painting started with truck companies’ logos combined with charming traditional motifs. These trucks had large wooden arches above the driver’s cabin where traditional artists found the perfect space for their indigenous calligraphic art depicting Sufi messages of peace and love. Today you’ll find political and celebrity portraits, advertisements, personal and cheerful sceneries limited only by the artists’ taste and imagination.

Pakistani truck art have gained reasonable popularity beyond calligraphy, miniature art and Islamic symbols. Its popularity in the West is fast increasing.
The highly visible truck art appeals to the common person and is a notable Pakistan’s folk–art identity.

Truck owners want their vehicles to stand out forcompetitiveness presenting their vehicles as unique with such artwork. This makes the art have further reach and fascinating designs are created with potential for creating more business opportunities.

As Pakistani truck art gains appreciation beyond its borders, western researchers are studying Pakistani folk art and truck painting. Research papers and articles have appeared in U.S and U.K.

Australians love their caravans, and caravan parks are common across Australia. In fact, many people live permanently in their caravans travelling around the country and stopping at caravan parks. Australian indigenous artwork is popular on trucks and caravans. A hybrid of such art by integration of Pakistani truck art may be a thing of the future.

Pakistani diaspora should take the initiative to bringtheir folk art and artists to Down Under. This would create employment opportunities and boost Australia-Pakistan economy and cultural connectivity.

Haider Ali, a famous Pakistani truck artist recently broadened his skills and homed in on painting running shoes. These colourful unique motifs on sneakers are getting worldwide appreciation. Cricket bats may be next in line. Cricket passion shared between Australia and Pakistan can transform into business opportunities.There is much potential between these two great nations. Make it happen. 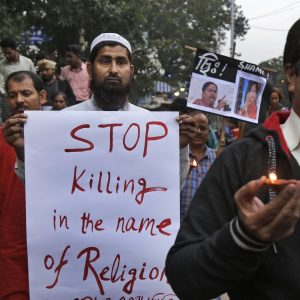